One of the companies whose accounts were also flagged as a result of the investigations was Julius Klein, a De Beers sightholder with business interests in Botswana, Namibia and South Africa. Leviev was at one-point business partners with Julius Klein Group until a bitter divorce between the two in 2017.

JP Morgan Chase’s interest in investigating Leviev and companies associated with him came about in 2016 after a group of Palestinians and Palestinian-Americans launched a US$34 billion lawsuit for damages against wealthy individuals and companies they accused of benefiting from Israel’s settlements in occupied West Bank.

The lawsuit filed in Washington DC alleges “a wide range of crimes under US and international law, including genocide, war crimes and crimes against humanity, conspiracy, money laundering, racketeering, perjury and pillaging.”

Leviev is among those accused of benefiting from Palestinian miseries. But Leviev, through his lawyer Charles Michael, has denied any wrongdoing and knowledge of the investigation by JP Morgan Chase (JPMC). According to Michael, Leviev Group was never questioned by US financial authorities.

Nevertheless, the investigations into Leviev have now shed light on one of the most secretive industries in the world – the diamond industry.

Suspicious Activity Reports (SARs) filed by the bank with Financial Crime Enforcement Network (FinCEN) – a US regulatory body created to combat domestic and international money laundering, terrorism financing and other financial crimes – questioned some of the transactions by companies associated with Julius Klein Group.

According to one of the reports, JP Morgan Chase reported “…excessive wire transfers and check activities indicative of layering between diamond/jewellery entities related to negative media regarding money laundering, racketeering, and war crimes allegations”.

The bank further reported to authorities that between 3 June 2014 and 6 September 2016, JPMC accounts were used to conduct transactions amounting to US$769,662,239 (approximately P8 billion). The report was filed with FinCEN on 6 October 2017.

The layering stage in a typical money-laundering operation involves international movement of funds and must, by its nature, be complex. This is because the layering is meant to separate the illicit money from its source. The more complex and numerous the transactions, the better the audit trail is obscured to break the link between the money and the original crimes.

Between 2014 and 2016, Julius Klein Group made over 30 transactions to its Botswana subsidiary using the company’s JPMorgan Chase checking account. The account’s signatories are Abraham D. Klein and Martin Klein.

The transactions amounted to US$30 million (approximately P310 million). It is not clear what the money was for. The JPMC investigators were troubled by the pattern of the transfers. For example, on 11 June 2014, Julius Klein Diamonds Group wired US$3,089,408.00 to its Botswana subsidiary.

According to official documents, Julius Klein Diamonds Botswana (Pty) Ltd was registered in Botswana on 6 April 2011. The shareholders of the company are Julius Klein Diamonds LLC with 90% and Joshua Galeforolwe, the former general manager of Air Botswana and CEO of Botswana’s Public Enterprise Evaluation and Privatisation Agency, with 10% shareholding.

While it is not clear what the transfers were for, Julius Klein is a De Beers sightholder and the funds could be for business purposes. The records also show that Julius Klein transferred money to other De Beers entities, including De Beers Global Sightholders (UK) and De Beers Diamond Jewellers Limited. Botswana is De Beers’ largest diamond producing country-partner.

“These inbound wires are not normal or expected for the type of business, as they originated from various international and related entities, while Julius Klein Diamonds LLC also appears to hold international accounts,” the report reads.

Overall, the transactions by Julius Klein and other companies associated with Leveiv such as Elefant Diamonds LLC, Taly Diamonds LLC, Sunrise Venture LLC, “…present evidence of layering activities which are not normal or expected for the diamond wholesale/import/export/sales businesses conducted …,” the investigators noted.

According to a statement from Hennig’s Jamie Mordaunt, Julius Klein Diamonds Botswana is fully compliant with the highest ethical standards.

Said Mordaunt: “As a leading diamond establishment for more than two generations, Julius Klein has measured up to two of the industry’s most strict codes of conduct: The De Beers Group Best Practice Principles (BPP) and the RJC – the world’s leading standard-setting organisation for the entire jewellery and watch industry. These two independent sets of ethical, social and environmental guidelines are carefully monitored by third parties to ensure full compliance.”

He added that these codes of conduct include a requirement to have a policy on money laundering, terrorism financing and other financial offences.

However, the company did not go into the specific transactions. (Find Julius Klein’s response here)

De Beers Group Sightholder Sales Botswana has denied any suggestion or allegation that the transactions with Julius Klein may amount to money laundering. According to De Beers, Julius Klein Group is the company’s sightholder and a polished diamond supplier of the company’s retail business (De Beers Jewellers).

“As such, high value transactions, from both a buyer and seller perspective, are an entirely normal occurrence and are subject to obligations of confidentiality,” reads the statement by De Beers Group Sightholder.

“Standard Chartered Bank reports any suspicious cash or wire transactions to all relevant regulatory bodies including the Financial Intelligence Agency as required by law,” the bank said.

Stanbic Bank, on the other hand, said it could respond to the INK Centre inquiry only under compulsion of a court order. “We cannot confirm client relationships, transactions or suspicious transaction reports with any third party other than the regulatory authorities in the absence of a court order,” it said. Both banks say they have robust anti-money laundering systems in place to combat financial crimes.

INK was met with a similar void at the Financial Intelligence Agency whose Director General, Dr Abraham Sethibe, refused to discuss reports of suspicious activities received from banks. However, he noted: “It is important to note that a suspicious transaction is not necessarily evidence of the fact that such a transaction involves criminal activity or that the customer involved is part of a criminal operation.”

Sethibe added that FIA does not have investigatory powers but only receives and analyses financial information from financial sectors and designated non-financial businesses and professions. “In this regard, the role of FIA is to analyse the reports and build what is known as (an) intelligence product which is then disseminated to law enforcement agencies who are mandated to investigate criminal cases,” he said. (Find FIA’s response here)

While Botswana lacks capacity to combat money laundering, it is universally acknowledged that the scourge enables persons, by disguising the true source and beneficiary of funds, to profit from terrible crimes.

Botswana’s law enforcement agencies – including Botswana Police Service, the Directorate on Corruption and Economic Crimes, Botswana Unified Revenue Service and FIA itself – are out of depth in the face of mounting concerns that the country may have become a hotbed for such activities. Because of the ruinous nature of the blight, in 2018 and 2020 Botswana found itself on an EU list of high-risk countries that did not sufficiently comply with anti-money laundering and combating of the financing of terrorism (AML/CFT) protocols and best practices.

According to Dr. Goemeone Mogomotsi, a University of Botswana (UB) researcher, the fact that institutions are required to report any amount in excess of P10,000 to FIA makes it difficult to detect money laundering activities.

“The reality is that P10,000 is quite a low threshold and makes a good number of transactions reportable,” Dr. Mogomotsi observed. “This is a high volume of reports to be generated and submitted, resulting in very high compliance costs for reporting entities, especially the banks.”

The UB don said while there is a likelihood that Botswana banks generate and submit suspicious transactions on a daily basis, the danger is that FIA requires hundreds of analysts to scrutinise the reports.

“It is doubtful that FIA has the human capital to sift through and analyse the data that they are receiving,” he noted. This anomaly, Dr. Mogomotsi emphasised, creates a danger of missing reports indicative of money laundering behaviour since most of the suspicious reports submitted are not of any value to the resource-constrained agency. 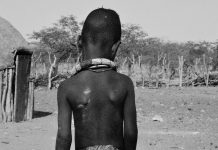 ‘Married’ at the age of two 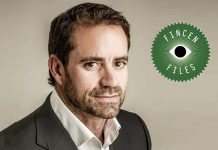