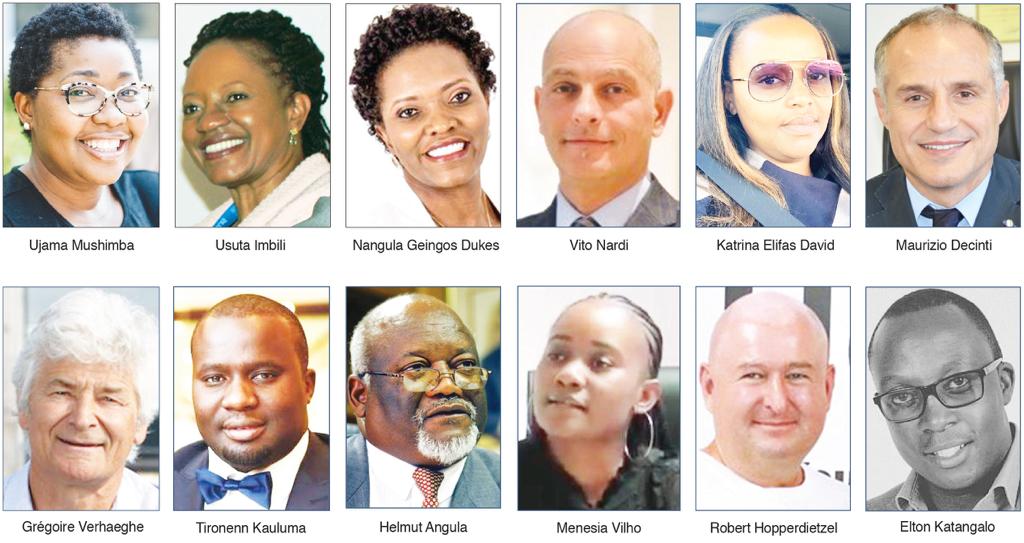 THE government’s solar and wind energy programme, valued at more than N$10 billion, largely benefits politically connected companies owned by presidential families and relatives of prominent Namibians who were allegedly squeezed into the power project.

One of the companies is owned by former Cabinet minister Helmut Angula, his nephew, and ex-minister of defence and veterans affairs Peter Vilho’s wife.

This programme, known as the Namibia Renewable Energy Feed-In Tariff (Refit) kicked off in 2015 through NamPower, and was supported by the Ministry of Mines and Energy and the Electricity Control Board (ECB).

According to the ECB, close to N$100 billion is needed over the next 20 years to meet the country’s increasing electricity demands.

Refit is one part of the plan to meet that demand.

NamPower selected 14 independent power producers, which are each supposed to provide 5MW of solar power for 25 years.

NamPower then buys the electricity.

NamPower said the Refit programme can provide 70% of the City of Windhoek’s electricity requirement.

The programme is considered lucrative, with estimated profits for 14 independent power producers set at more than N$10 billion, since each company is expected to take in N$750 million over 25 years.

NamPower’s modified single-buyer executive Kandali Iyambo was allegedly one of the key officials involved in the selection of solar companies under this project. Some of the companies passed over claim they were sidelined to accommodate politically connected companies.

Among them is Erongo Diagram Investments – a private company that signed a contract with the power utility on 10 November 2015.

It is now suing NamPower for N$100 million for failing to honour their contractual agreement by excluding them from the programme.

As part of the deal, the company, which is owned by Pangwa Gabriel and lawyer Rodgers Kauta, would have set up a 5MW solar plant at farm Groot Quinta in the Omaheke region.

The company wants NamPower to pay damages at 20% interest until they’re brought back on board.

“In fact, nobody was entitled to exclude Erongo Diagram Investments from the project, as it qualified in that it complied with all its obligations. In addition, it is qualified because it was part of the first 14 applicants who were covered by the first-come-first-served principle,” the lawyers said in court papers in May.

At the time, only companies with power generation licences could participate.

Documents seen by The Namibian show that by June 2015, NamPower had opened the programme up to 27 firms compared to the original 14.

Those with political ties were squeezed in during the final stages of the process in December 2015.

Some of the latecomers acquired their deals with NamPower, and then sold their stakes to foreign companies.

There are also concerns about jockeying for the contracts, with allegations that officials at NamPower and the ECB colluded to remove some of the applications.

Finance minister Iipumbu Shiimi this year told the parliament that NamPower plans to invest around N$10 billion in solar and wind power generation over the next five years.

The contracts to build the 5MW solar plants are worth around N$700 million each over 25 years.

ECB information shows that one of the companies is Osona Sun Energy, owned by InnoSun Energy Holding Pty Ltd.

Their partners are Thomas and Gregoire Verhaeghe.

In 2014, the company received a N$84 million loan from the Development Bank of Namibia to finance their Omburu Sun Energy – Namibia’s first large-scale solar power generator.

The Namibian in 2016 reported on a potential conflict of interest in which Geingob promoted his daughter’s solar company to international investors during a week-long trip to France and the United Kingdom.

The presidential families and their partners could take in as much as N$1,2 billion in 25 years.

InnoSun is building three power stations, including a wind power plant at Lüderitz through a company called Ombepo Energy, which was constructed for N$180 million with United States (US) government support.

Another company that benefited from the electricity scheme is Unisun Energy, which won the deal to build the 5MW solar plant at Okatope in Oshikoto region. Unisun Energy is owned by Katrina Elifas David, the daughter of King Immanuel Kauluma Elifas, who ruled the Ondonga kingdom for 44 years.

The rest is owned by Italian business people through Enertronica SpA, represented by Pierluigi Ginolfi, Maurizio Decinti, and Vito Nardi.

This solar plant was delayed and was supposed to be completed in 2017.

Yet Unisun Energy has received preferential treatment from NamPower, which gave it extensions to complete the project.

The two projects are supported through various financiers such as the United States Agency for International Development Southern Africa, and the Government Institutions Pension Fund for around N$108 million.

Mbeeli has told The Namibian he does not not believe the solar contracts were reserved for particular individuals.

“This was open for everyone.

“I am a minority shareholder, but again, this was in 2014, and I cannot remember all the details,” Mbeeli says.

Gaoseb says he was just an investor.

“I belong to an investment company, and we were approached by Tandii and NCF to invest and help them raise more funds. We have managed to do that. I did not hijack any project,” he says.

He says he has since stopped being a director.

“When the project was done, and I got all my money, I left, and I am no longer a director,” Gaoseb says.

The company installed a 5MW Trekkopje Solar Project at Orano’s Trekkopje Mine – about 50km from Swakopmund. The plant was inaugurated by vice president Nangolo Mbumba.

Katangolo, who works at Mobile Telecommunications Company (MTC), was allegedly involved in the affairs of another solar company.

He previously worked as a Huawei representative in Namibia. Katangolo has over the years allegedly told business people that he is related to a top politician.

Alcon Consulting Services, the company that won the contract to set up a solar power plant at Aussenkehr appears to be dominated by former Cabinet minister Helmut Angula’s family.

Besides Angula, the company is also led by his nephew Tironenn Kauluma, and Menesia Vilho, Peter Vilho’ wife.

When contacted for comment, Menesia said she was in meetings and promised to call back.

Former TransNamib board chair Paul Smit was also part of the company.

Smit says he has left the company.

Kauluma and his uncle Angula are frequent beneficiaries of controversial state-sanctioned deals, such as with Namdia and the Kudu gas project.

Last week, Angula said the solar deals “are not a new thing”.

“These contracts were given years ago, and it was 10 years ago when we founded the company. It is not correct to say the project was hijacked by politically connected people, because I am not directly involved,” he said.

Another solar scheme beneficiary is a company called Metdecci Energy Investment, which is owned by Leonard Tobias Iyambo – the brother of former vice president Nickey Iyambo.

Metdecci is building a solar power plant at Karibib.

The other partner was Barnabas Uugwanga.

Northern businessman Ben Zaaruka’s son Benzel Zaaruka teamed up with lawyer Werner Shilunga to set up a plant at Gobabis through a company called Ejuva One Solar Energy.

Benzel Zaaruka declined to comment. “I have other business partners who are also shareholders in the companies. I cannot speak on behalf of the company that is represented by many others,” he said.

and Oiva Anguuo to set up two Ejuva Two Solar Energy at Gobabis is linked to Oiva Anguuo.

The company is building a solar power plant at Rosh Pinah.

Another company, Camelthorn Business Venture No Two (Pty) Ltd, co-founded by Italian nationals Luca Coltro and Franco Giovine, teamed up with Ferdinand Nghiyolwa to set up a solar power plant at Outapi.

HopSol’s chief technology officer is Martin Jagau, who previously served as the head of engineering until 2020.

He is the son of long-time NamPower executive Reiner Jagau,who retired three months ago.

Reiner last week said he has recused himself from the Refit programme while he was at NamPower.

“I removed myself from the selection process because I knew these allegations would eventually come up. Yes, Martin is my second son, but I have nothing to do with any of the contracts given to HopSol,” Jagau said.

He said it was an unsolicited process limited to the companies that approached the ECB for licences.

“We received a list of 27 independent power producers (IPPs) from the ECB, after which it indicated it can only accommodate 14 IPPs,” Haulofu said.

He said the selected power producers invested in building the solar plants.

“The agreement between us and the IPPs is that we will buy power from them once their power plants are fully commissioned,” he said.

Haulofu said the fact that some companies are given extension time to complete their project is within the provision of the contracts signed.

He also denied that new criteria was coined to introduce the final list of companies.

“This was not a new criteria. It was made known to all participants as the NamPower system at the time could only accommodate 70MW, given the fact that this was the first project of its kind in Namibia,” he said.

The Namibian approached all 14 companies for comment last Wednesday through their representatives.

None of them responded.

The ECB’s acting chief executive officer Pinehas Mutota refused to provide the names of shareholders of the companies that benefited from the solar scheme.

– This article was produced by The Namibian’s investigative unit. Email news tips from your secure email to [email protected]