THE government spent N$180 million on an incomplete fresh produce market, a building overlooking one of the poorest informal settlements in Windhoek.

The building sits on a 12-hectare plot at Wanaheda, just across Havana. That settlement is home to 50 000 shacks. It is located near the popular Eveline Street, close to a rocky and dusty football field.

Havana residents were disappointed to hear that N$180 million was splashed on a neglected site at a time when they have been appealing for plots, and basic services such as water, toilets and electricity.

According to the Namibia Housing Action Group which funds the Shack Dwellers Federation, the N$180 million could have been used to build about 5 000 houses in Havana at the cost of N$36 000 each.

The building was set to be a fresh produce business hub and the centre to coordinate the distribution of fruit and vegetables in the country.

In 2014, a tender was awarded to a joint venture between a Chinese state-owned Jiangsu Zhengtai and Namibian owned Uundenge Construction which is owned by Laban Kandume, a businessman who has won several lucrative contracts at the agriculture ministry in the last decade. 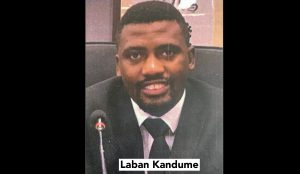 The joint venture then passed on the contract to North Korean-owned company Mansudae Overseas Projects to construct the facility which was supposed to be completed by 2018 but the contract was terminated in July 2020.

The weekly newsletter, Tender Bulletin raised a red flag about this tender two years ago. It said the tender was awarded to a foreign company,  despite being restricted to “100% Namibian-owned registered SMEs and Namibian nationals”.

To some, this project was a money making scheme for top government officials and their cronies.

The Ministry of Agriculture, Water and Reform last month confirmed to The Namibian that construction at the site has come to a standstill.

However,  it insisted that the N$180 million paid was for phase one work which consists of the construction of bulk earthworks and municipal services.

Mansudae has over the years won government tenders. This includes the construction of the National History Museum, Heroes’ Acre, State House, the defence headquarters and the shadowy ammunition factory.

“The dismissal of Mansudae Overseas Projects caused a serious delay to the project,” said Matongela.

He said an “unanticipated large hard rock that did not show on the geotechnical study” caused a lot of delays and increased the cost of the project.

The Namibian has reported about concerns about the plot since 2012. At the time, government officials were divided on whether to construct the facility at Prosperita or at Wanaheda.

Former agriculture permanent secretary Andrew Ndishishi had a role in setting up this project  around 2011 but he expressed concerns about the location of the plot.

Ndishishi had then proposed that only the Fresh Produce Retail Market be considered for the land in Wanaheda while the industrialised component be built in Prosperita. This, according to Ndishishi, was also suitable since the long-term plan utilises the railway which runs adjacent to the site in Prosperita.

When The Namibian visited the site this week construction on phase two had not started. Phase one also has nothing much to show apart from a boundary wall.

The ministry’s spokesperson said there are no funds to continue the project and the ministry is looking into other means to finance the completion of the project.

“The project had to be put on hold due to budgetary constraints,”  Matongela said.
He added that the contract of the consultants Burmeister and Partners (Pty) Ltd has not been terminated. “It has been put on hold until funds for the project are secured or the project is handed over to a private public partnership initiative,” he said.

Business people and their partners appear to be the biggest beneficiaries of the project.

But just across the abandoned structure, about 300 meters from the abandoned facility, resides Johanna Fredericks (53) who migrated to Windhoek in search of a better life 20 years ago.

Fredericks has lost hope of ever owning land.

“I am almost 60 but I have never owned land. We live in a shack. My children are grown up but I don’t see them owning land either yet the government is spending so much money on incomplete projects,” she said.

The domestic worker with five children said she earns about N$750 a month.
“We don’t have a life here. We are Namibians but we don’t have benefits. We are suffering specifically here in Havana,” she said.

The building is located next to a rocky and dusty soccer field, whose administrator Eliah ‘Boma’ Kandjabanga (34) does not believe that work at the site is worth N$180 million.
“Since 2009 we have been appealing for help to upgrade our field but no such help came forth. Imagine what N$50 000 from that N$180 million would have done to uplift our league,” he said.

Kandjabanga said the league is desperate for sponsors.

“If we get help, the impact would be huge. The pitch used to be rocky which made injuries to players frequent until a company came to our aid this year.

“The company put sand on top of the rocks and leveled the field. It cost the company just N$10 000,” Kandjabanga says.

Robert Sam (52) who lives close to the site said it’s a pity to see millions being spent on white elephants when there are communities in need of food and basic services.
Sam has been living close to the facility since 2005.

“That area was bush but even for that, I don’t believe it cost N$180 million. What was that money spent on? Did that small boundary wall that doesn’t even reach the other side cost that?” he asked.

“For as long as I can remember, the project has seen two councillors go. I am the third one and I am not sure when it is going to be completed.”
Kalola said the estimated number of 50 000 shacks in the Samora Machel constituency require urgent attention.

“The area is underdeveloped. First of all, the land is not demarcated. There is no water, there is no electricity,” he said.

Details of the N$180 million paid into a terminated project brings to the fore Laban Kandume’s involvement in tenders at the agriculture ministry.

His company was allegedly involved in the construction of the new agricultural ministry head office in Windhoek.

In 2017, Uundenge Investments CC owned by Kandume emerged as the subcontractor for the de-bushing at Katima Farm and the Liselo irrigation project in the Zambezi region.
Questions sent to Kandume yesterday were not answered.

* This article was produced by The Namibian’s investigative unit. Email us news tips from your secure email: [email protected]