JAMES Hatuikulipi’s’ path to the top also involved bulldozing his way into key state-controlled industries such as fishing.

He faced an obstacle – Namsov Fishing, which was controlled by the Bidvest group of companies.

Formerly a joint Namibian and Soviet venture, Namsov had been a big player in the fishing industry since independence.

Court papers show that Hatuikulipi’s company, Hanganeni, wanted to buy shares in Namsov but that the company refused.

So significant was the transaction that after talks broke down in Namibia, sources said, Hatuikulipi’s business associates, including at Investec, arranged a meeting with one of the most senior executives at Bidvest internationally, to try and salvage a compromise at a meeting between Investec and Bidvest’s international shareholders.

The meeting yielded the opposite of the intended result.

Hatuikulipi is said to have been approached by one of his former friends to avoid damaging Namsov, as it employed hundreds of workers.

He is said to have replied that “what’s done is done.”

What then ensued was an apparent onslaught on Namsov.

Hatuikulipi enlisted the support of Shanghala, then law reform commissioner, who wrote a report on the fishing industry to minister Esau citing the dominance of the Namsov and Erongo “duopoly” in the fishing sector.

At the same time, Investec Namibia started selling its Bidvest shares on the Namibian Stock Exchange.

Former finance minister Calle Schlettwein’s investigation on insider trading last year is based on this specific allegation that Hatuikulipi knew that former fisheries minister Esau was going to starve Namsov of fishing quota.

Fishcor, which only had rights to white fish, started receiving a horse mackerel (maasbanker) quota from Esau.

The former fisheries minister has been blasted by the court for acting illegally.
Esau and Shanghala then devised another plan: change the law to legitimise the allocation of quotas to Fishcor, whose board was headed by Hatuikulipi.

Hatuikulipi did not stop there. He was also involved in setting up the Seaflower Pelagic Factory on the coast with businessman Adriaan Louw.

That company is now linked to a N$75 million money laundering scheme, allegations Louw has strongly rejected. He said their company was not part of Fishrot.

Louw said in court papers that quotas meant for that company – worth an estimated N$175 million – never reached their company.

Hatuikulipi’s journey to the top also involved clashing with top government officials who questioned his deals.

The prime minister is alleged to have asked for Fishcor’s financials but the Fishrot trio often resorted to accusing those who questioned them of being “envious”.

Hatuikulipi also took aim at Icelandic national Jóhannes Stefánsson, the managing director of Samherji’s operation in Namibia from 2013 to 2016. He blasted Stefánsson for stalling by asking unnecessary questions when asked about an Angola fishing transaction which resulted in bribes of around N$103 million, courts papers indicate.

In one email exchange on 8 March 2014, Hatuikulipi told Stefánsson that he had made sure Esau and his counterpart in Angola, Victória de Barros Neto, secured fishing quotas because “serious political capital is at play”.

“I trust you appreciate that. This strategy has the ability to grant our partnership a fishing right to exploit marine resources in Namibia at a time when applications could otherwise not be entertained. This is a window of opportunity,” he said.

“We have reputations to protect,” Hatuikulipi wrote.

– Read more on James Hatuikulipi’s rise and fall, including a section on his father, his ties with Fishcor’s finance manager and more. 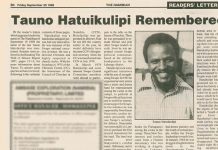 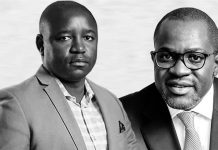 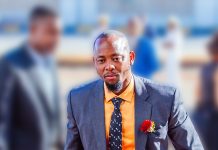 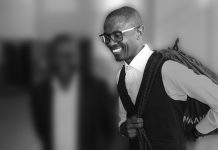