SWAPO member of parliament Tobie Aupindi is the latest ruling party politician to be linked to the Fishrot corruption scandal. This was for allegedly cashing in on up to N$1 million in cash from Icelandic seafood company Samherji.

The alleged payment is contained in a documentary aired by the Icelandic National Broadcasting Service (RUV) this week on an investigative programme called ‘Kveikur’.

Aupindi, code named ‘Mr Chairman’ in some of the evidence the whistleblower provided, yesterday denied allegations that he was bribed, insisting it was “vague, embarrassing, and unfounded”.

According to the programme’s investigation, Aupindi was paid when he was chair of the Namibia Fish Consumption Promotion Trust (NFCPT) board – a state-owned entity set up in 2001 to make fish accessible to Namibians.

The Icelandic outfit based the documentary on interviews, documents, bank statements and the report of an investigation commissioned by the fish consumption trust.
It details accusations that Iceland’s biggest fishing company, Samherji, used people connected to power – such as former minister of fisheries and marine resources Bernhard Esau and Aupindi – to allegedly access fishing quotas cheaply.

‘Kveikur’ claims Jóhannes Stefánsson bribed Aupindi with up to N$1 million in cash at Windhoek’s Hilton Hotel in 2012.

Aupindi, a former Namibia Wildlife Resorts (NWR) managing director, who was part of president Hage Geingob’s campaign, has steadily climbed the rungs of power over the past three years.

In 2017, he was elected to Swapo’s central committee and politburo, which was allegedly largely funded by Fishrot money.

In 2019, he made it to number 29 on Swapo’s electoral list ahead of the parliamentary elections. The following year he was sworn in as a member of parliament.

In 2012, the Ministry of Fisheries and Marine Resources awarded a quota of up to 17 000 tonnes of horse mackerel to the fish consumption trust to auction.

Samherji’s subsidiary in Namibia, Katla Seafood, received 75% of all quotas allocated by the trust in 2012.

In terms of the quota deal, they returned 40% of fish caught to the trust to sell to the public at discounted prices.

Aupindi was appointed to the board in 2008 by a former fisheries minister, the late Abraham Iyambo. He served on that board until 2013.

Stefánsson, who ran Samherji’s business operations in Namibia, said they paid facilitation fees in 2019 to access fishing quotas in Namibia.

“ . . . and those who were involved asked for a facilitation fee to make sure the quota would end up with us, and that was paid,” he said.

In some cases Esau allegedly compelled the fish consumption trust to award the quota to a Samherji subsidiary in Namibia.

“The allocation from the Ministry of Fisheries and Marine Resources had a condition that stated the following: This quota is granted on condition that it is caught by the Katla Group,” a report meant for the fish consumption trust said.

Stefánsson allegedly bribed Aupindi at the Hilton Hotel that year on the instructions of his boss – Adalsteinn Helgason – former head of Samherji in Namibia.
Stefánsson said he withdrew N$1 million on 22 February 2012.

According to ‘Kveikur’, a bank statement confirmed this withdrawal via Samherji’s company Katla Seafoods’ account.

A few days after the cash withdrawal, the NFCPT board allocated the 8 000 tonnes of fish to Katla Seafood.

The consumption trust’s board allocated 8 000 tonnes of horse mackerel to Ongudi Investment (Pty) Ltd in February 2012.

At the time Aupindi was the chairman of this trust.
Ongudi Investment immediately handed the fish over to Katla Seafood. 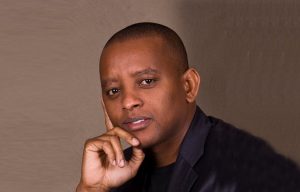 As a result, Ongudi was paid N$800 000 in what was called a ‘facilitation fee’ between that company and Samherji’s Katla Seafood. This was a different payment to the N$1 million allegedly paid to Aupindi.

‘Kveikur’ said memos and minutes of meetings – written by Stefánsson for Samherji’s bosses in Iceland – mention the ‘Chairman’ of the trust several times.

In his notes, Stefánsson referred to Aupindi as “The Chairman”, who was “part of the agreement we made with Ongudi”.

It appointed ISG Namibia – owned by lawyer Eben de Klerk – to “conduct an investigation on the harvesting of hake and horse mackerel quota, with particular emphasis on any possible implication in what is now known as the Fishrot scandal”.

Even though the final report analysed all the quota allocations from 2010 to 2019, it only zoomed in on the 2012 fishing season which involved Aupindi, Ongudi and Samherji.
ISG Namibia’s report, dated February 2020, confirmed that Samherji ‘s Katla SeaFood

Namibia got a fishing deal with the consumption trust.

The report made several recommendations.
“The board of trustees should consider reporting the information on the 2012 additional quota allocation letter to the Anti-Corruption Commission,” the report said.

Aupindi has denied allegations that he was bribed.

“The allegations . . . are vague, embarrassing, unfounded and without water, and I would advise the author of the allegations to report their proof to law-enforcement agencies,” he said yesterday. He quoted his lawyer Richard Metcafe, who said Aupindi’s rights are specifically reserved in respect of any false and/or defamatory allegations made against him.
“Legal action will ensue against your employer and yourself in your personal capacity should any false allegations which cause prejudice to our client be made,” Metcalfe said.

According to Aupindi, he was part of the board that transformed the fishing entity.
He said as non-executive directors they did not engage in the day-to-day management of the trust.

Aupindi said all tenders for NFCPT’s annual quotas were advertised in Namibian newspapers and anyone was welcome to apply.

Aupindi was NWR’s managing director at the time, but abruptly left in 2012.
He walked away with about N$5 million as a golden handshake after resigning.