This has resulted in the Ministry of Fisheries and Marine Resources terminating its fishing licence in June after complaints from the national sea operations regulator and the hake association.

The company – Omukokoli Fishing – is also directed by businessman Johannes Nanyeni, who is the chair of Omualu Fishing, and Nehemia Gerson, the chief executive officer of Queen Kaleinasho Fishing Company.

This is according to documents from the Business and Intellectual Property Authority.

Nehemia, Nanyeni, and Nghaamwa are all directors in Omualu, a company implicated in the Fishrot scandal.

Omukokoli Fishing was granted an exploratory right in 2015 to harvest sole, which is considered to be more valuable than hake.

The exploratory licence was awarded to them by former minister of fisheries and marine resources Bernhard Esau in September 2015.

Omukokoli secured a fishing vessel Playa Pesmar Uno in 2020 to operationalise their licence. It then began searching for sole in Namibian waters on 27 February this year.

However, Omukokoli Fishing is accused of continuously harvesting fish they were not permitted to catch.

At its first offloading at the Walvis Bay port, Omukokoli had 77% of hake and 10,8% of monk, which are regarded as illegal catches. Their sole landing was only 1,3% of the catch.

One key exploratory right condition given to Omukokoli was not to exceed 5% of hake and other species of any total catch in any haul.

The company, however, allegedly kept stretching its nets to catch other species despite warnings from the Ministry of Fisheries and Marine Resources, the Namibian Hake Association and Fisheries Observer Agency.

The vessel undertook its first exploratory trip on 27 February.

During the inspection of its first offload on 12 April, the fisheries ministry said it detected that the vessel contravened the by-catch condition.

“The ministry … took immediate action by informing the company that their right will be terminated, resulting in the temporary grounding of the vessel,” executive director of fisheries and marine resources Annely Haiphene told The Namibian last month.

The vessel was, however, given a second chance to sail after a consultative meeting on 26 April between the fisheries ministry and Omukokoli Fishing representatives.

In that meeting, the ministry said Omukokoli representatives raised issues and problems encountered with the nets used.

When it was allowed back in the waters, the vessel offloaded a total of 43 166 illegally caught individual fish between 28 April and 5 May.

The Namibian Hake Association chairman Peter Pahl was one of the first industry players to flag that Omukokoli was harvesting fish illegally.

In his letter dated 6 May, Pahl asked fisheries minister Derek Klazen to recall the vessel from the sea, warning that if not, it would continue to violate the rules.

The fisheries ministry appeared to have ignored this request.

On 20 May, the Fisheries Observer Agency’s chief executive officer, Stanley Ndara, wrote a letter to Haiphene complaining about the same issue.

“This is worrying as this vessel is undoubtedly competing with the total allowable catch for hake, which has already been set for the 2020/21 fishing season,” he said.

Ndara said the predicament is damaging to the Fisheries Observer Agency of which the revenue is mainly derived from hake and horse mackerel fisheries.

“The Fisheries Observer Agency implores you to monitor this vessel’s next discharge, and should the landings of hake surpass that of sole, forthwith stop the experimental fishing right as it clearly does not serve the intended purpose,” Ndara suggested to Haiphene.

Similarly, Ndara warned that Namibia’s Hake Marine Stewardship Council (MSC) certification may be under threat should this vessel be allowed to harvest hake as opposed to the conditions in the exploratory right.

From 24 May to 5 June the vessel offloaded 53 000 fish illegally caught while only harvesting 1 900 of the permitted sole fish according to records by the Fisheries Observer Agency.

Offloading records show that the company caught at least 12 200 hake fish between 6 and 17 June. It also offloaded 34 100 fillets during the same period.

The vessel also offloaded 10 900 monk fish during the same period.

The Namibian Hake Association wrote another letter to the fisheries minister complaining that the vessel is not adhering to the rules.

This was after the ministry appeared to have ignored their first concerns.

The letter dated 22 June states despite stricter regulations and the requirement for scientists on board, the landing mix of the second experimental sole trip was identical to the results of the first trip.

In the letter, Pahl said the vessel docked with hake and monk, which are both quota species, making up the majority of the catch.

“The Namibian Hake Association is again appealing to the fisheries minister to rescind the experimental trawl licence for sole,” he said.

Pahl said the results of the experimental fishing clearly indicate that sole-directed fishing is not feasible.

“It cannot be allowed that a foreign freezer trawler on the pretext of looking for sole is allowed unhindered access to hake quota at the cost of Namibian-registered vessels and factory workers on shore,” he said.

On 22 June, the fisheries ministry told The Namibian the vessel safely returned to the port of Walvis Bay and measures were being taken to assess the catches and if any violation was found, appropriate measures would be taken.

Despite the assurance from the fisheries ministry, The Namibian has obtained records showing that Omukokoli Fishing Company’s commissioned vessel was still catching fish it is not permitted to do.

Omukokoli Fishing director Nehemia told The Namibian last week that questions should be sent to Nanyeni, who declined to comment.

“ … I hereby terminate your sole exploratory right with immediate effect … in the best interest of the protection and sustainable utilisation of the hake and monk fish resources,” said fisheries minister Derek Klazen.

He told Nehemia that despite the company committing to changing gears, this was to no avail.

Klazen has been under scrutiny – especially regarding his treatment of former business partners.

The minister was a shareholder of Omualu Fishing until his appointment as fisheries minister in April this year.

Some of the directors in Omukokoli are also running Omualu.

The minister insisted in April he would not favour any fishing company. 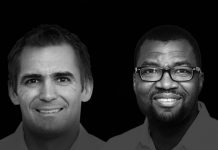