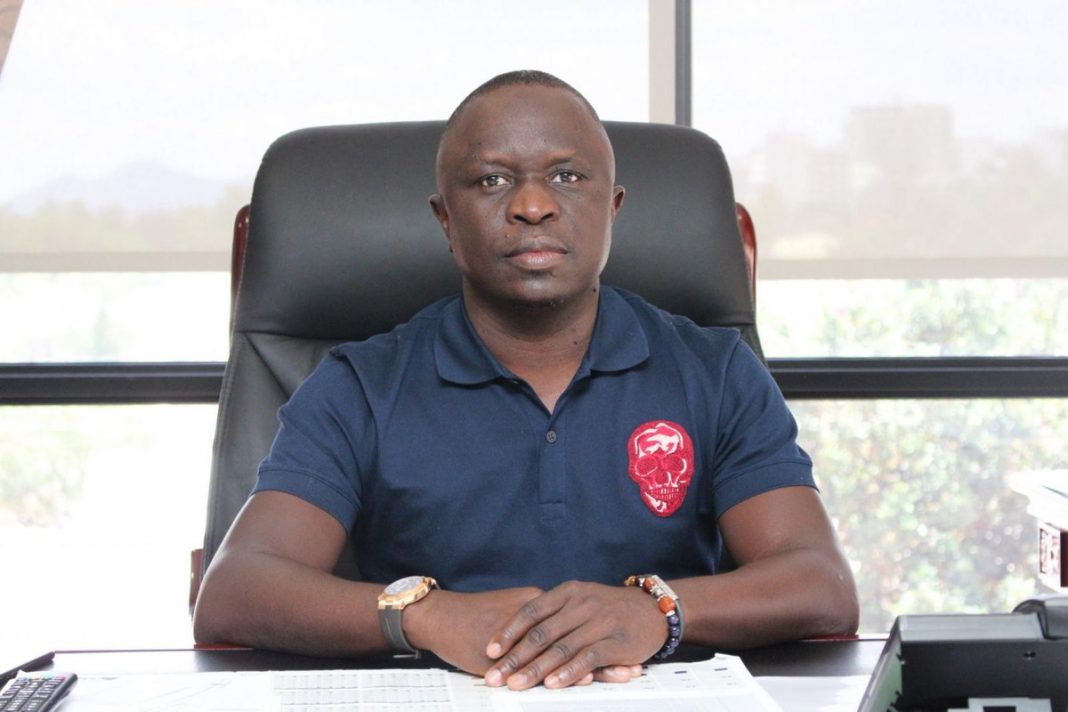 TENDER dealer Vaino Nghipondoka (VN) has been a mysterious man for many years while gobbling up lucrative state contracts worth up to N$15 billion by teaming up with international companies.

The Namibian’s former senior journalist Tileni Monghudi (TM) sat down with Nghipondoka in July this year to tell us his story, and how he suddenly turned into one of the most talked-about tender dealers.

TM: Who is Vaino Nghipondoka?

VN: I’m from Okalongo, schooled at Onesi. I joined the government as a prison officer in Windhoek, and served for six years. While there, I pursued my studies at the Polytechnic of Namibia, doing a diploma in business administration. I left the prison service and joined Namdeb, working there for two years. Then I joined the business world.

TM: How did you start your business?

VN: I started a security company called Tonghoshi Security in late 2004 with a group of friends. I had a Golf and two shotguns, getting up every morning at 05h00. It was tough. Then, John ‘Akapandi’ Endjala offered us his security company. We took over the company under an agreement, and paid off his loan. Within three or four months, we’d raised the turnover from about N$75 000 to almost N$200 000. I think we got contracts with Namport and the white establishment. Most of the chief executives weren’t prepared to listen to us. It’s about perseverance and persistence.

VN: Between 2004 and 2007, the company’s turnover grew to about N$600 000 to N$700 000 a month. Then, I started drifting away. I started to understand the construction industry. By that time, it was mostly a Chinese and white-dominated industry, with companies such as Namibia Construction, Nexus and Murray and Roberts.

I started construction at Katima Mulilo. We built a school called Greenwell Matongo for about N$500 000. The biggest project was a N$4 million tender for accommodation at Shadikongoro, a few kilometres outside Rundu, under Onghoshi Construction.

TM: How did you branch out to Babyface and Profile?

VN: I wanted to go into industries that I could control, rather than markets which have a lot of people. Back then when a lot of people started entering the business world, many of them decided to do security. I decided to pull out of this. Construction requires a lot of money; guarantees and start-up capital. I never wanted to apply to the Development Bank of Namibia for money to do a construction job. I would always go in with the Chinese.

TM: How many people do you employ now?

TM: Have you had the same Chinese partners from the beginning?

VN: I started with Jiangxi. I have a very good history with them on work we did, like China Hena, the bridge between Aus and Lüderitz. Then obviously China Harbour with the oil terminal.

TM: And the harbour expansion?

VN: I’m not part of that. It’s basically the oil terminal. I don’t like working with one Chinese company today and tomorrow with another one. I’m a principled person; I stick to someone I know.

TM: There’s a perception that you are just a broker for the Chinese …

VN: It’s not the Chinese who are building, it’s our people. We have machines, equipment, everything. There’s no black company in this country which can say it grew from zero to doing a N$200-million project. We all do the same: go into a joint venture, and the Chinese will do the bulk of the project. No one will tell you otherwise; they’re lying if they do. They only complain because it’s Vaino.

TM: Why are they complaining?

VN: I’m big in the industry. Whether you’re a politician or in business, if you have a name, some will like you, but the majority will not. It’s jealousy.

VN: I’m only involved in the oil terminal, among the biggest contracts. We signed the N$343 million University of Namibia contract this year. I’m not involved in the Neckartal Dam – they subcontract me to build staff houses. I’m not involved in the port expansion project. We won the N$200 million information technology project tender at the Ministry of Finance with our Chinese partners, but those are all joint ventures. For the past two years, since the awarding of the oil terminal, we’ve never been awarded a project by government.

TM: And the controversial N$1 billion contract for the Office of the Prime Minister?

VN: It’s not been awarded. Can someone tell me about a government policy that says you can only get one tender? (Other) people are enjoying road projects – I’m not there, and those projects are running into billions of dollars.

TM: So, the perception that you have scooped contracts worth more than N$12-billion is not true?

TM: You say you submit tenders like anyone else, but you’re seen as having political connections: Veikko Nekundi, Armas Amukwiyu. There’s talk of a family or romantic relationship between you and Ericah Shafudah.

VN: Armas is a director (of one of my companies). Does Armas work in government? No! Nekundi is a member of parliament. What can Nekundi do? And Shafudah, she was my classmate at the Polytechnic of Namibia – that’s the only relationship I have with her. She’s an old woman. How can Shafudah be my girlfriend? Come on!

These things were started by individuals during the rail tender. There’s nothing like that.

When do ministers or prime ministers award tenders? They’re not involved; the tender process starts from the permanent secretary down. This is how we kill our own people: the moment you become a shining star, you must be eliminated by fellow blacks.

TM: You are accused of abusing your friendship with the President to score state contracts.

TM: Are you somebody’s proxy?

It wasn’t easy – our government system doesn’t support black people. What government should do is bring in a system where I should not have to compete with someone who started yesterday. How can someone with two employees tender for a N$1 billion project?

TM: How do you land all these contracts?

VN: I don’t bullsh*t. If you give us work, we finish it. At no time have I left work incomplete, even when I made a loss. It’s also not true that we get everything. Go to the Tender Board; you won’t find our name. Who is supplying pharmaceuticals; who is supplying everything in this country? Someone said I know politicians. Who doesn’t know politicians? Which politician does not know me?

We must come together as businesspeople if we want to succeed. We must leave the character assassinations. You see what it did to the Gupta family in South Africa – is that what they want to happen to me?

TM: Some call you and your friends the Guptas of Namibia …

TM: People are saying you are capturing the state because the President is your friend …

VN: It’s not true. You can go to the President, and he will tell you the same thing. It’s the price we pay for having been his friends before he became President.

Also, we don’t participate in the appointment of permanent secretaries (as has been claimed). It’s not within our mandate. It will tarnish our image if we call the President; it creates fear between us and our leaders.

Should we cut off our friendship with the President and the ministers because we’re friends … because we’re doing business? If we’re doing it the wrong way, he must tell us: stop that; what you are doing is wrong. The President always tells us to do business and pay taxes. He won’t say: do business and give me something. If we fail and we are still given work, that’s something else.

TM: Are you getting involved in party politics?

We’re running the only drum manufacturing factory at Arandis. We produce drums for the general mining and uranium industry. We’re into maize meal. We’re milling at Ongwediva Omhalanga Mills, where we are the majority shareholders. We’re into steel processing. We’re the only black-owned car hire business competing with the foreign companies.

TM: There is a perception that the current generation of business people is not investing in skills for the future, that you just want tenders to buy expensive cars and pop champagne, while the people expect you to build industries.

VN: We build industries. We’re into food production, farming, manufacturing. Cars – that’s a personal issue. I own a N$6-million Ferrari; it was always my dream to buy the car of my choice. We don’t show off, we’re humble – but we also have lives.

When you see me driving my Ferrari, it’s also an inspiration to children to study and work hard so that they can own one one day. I come from a hard background; I used to walk long distances to school barefoot. I would not castigate someone for buying a car, if he can afford it. If he doesn’t build industries like we are, that’s his personal choice. We put money into Tigers football club; we own it. Every month, we put in N$250 000 when the season is running. And this is bread and butter for the players.

TM: Do you think the current system of parastatals getting money from the government is fair, or do you want them to compete with people like you?