The consignment, impounded at the port of Walvis Bay last year, is the subject of a multi-pronged investigation.

Documents seen by The Namibian show that the consignment was rejected by the Namibia Medicines Regulatory Council (NMRC) after three out of nine samples failed laboratory tests conducted at the regulators request.

Also at issue are procurement procedures, and the use of an expired import licence.

An estimated 210 000 Namibians depend on the medicine, according to UNAIDS 2017 country fact-sheet on Namibia.

In March this year, health minister Kalumbi Shangula attended a meeting with the NMRC, at which it was decided that the consignment should be returned to the Chinese manufacturer, ‚Äúand not be used in this country‚Äù.

‚ÄúThe product manufacturer does not have a method for testing impurities as they have used USP monograph, which does not include it,‚Äù is one of the reasons cited in briefing documents seen by The Namibian.

Shangula, in a letter written on 16 May, instructed the council to allow the consignment into the country for use in state hospitals and public health facilities.

He based his decision on Section 45 of the Medicines and Related Substance Act that empowers the minister to circumvent the medicines regulatory body.

It is understood that public health facilities are experiencing a critical shortage of the drug, and that Shangula has been bombarded with requests from health centres around the country for stocks to be replenished.

In his letter to the NMRC, the minister said ‚Äúthe product is an essential need in our hospitals, and there have been several reports of shortages‚Äù.

‚ÄúIn consideration of the above and the power vested in me in terms of Section 45 of the act and the interest of the Namibian public, I hereby request/instruct to have these products enter Namibia for use in state hospitals and health facilities,‚Äù Shangula wrote.

He also indicated that the ministry is incurring considerable costs because of the impounded container.

Approached about whether concerns flagged by the NMRC in March had been dealt with, Shangula referred all queries to the ministrys executive director, Ben Nangombe.

Nangombe said he was not party to the decision to send the medicine back to China.

‚ÄúThat was the decision of the NMRC. The council came to brief the minister on their operations, and the container topic happened to be raised at the meeting held in March,‚Äù he explained.

‚ÄúThe minister made it clear that he would go and apply his mind and satisfy himself with all the facts before making any decisions. He has done that, hence the instruction for the medicine to be allowed into the country,‚Äù said Nangombe.

The procurement policy unit also wants the health ministry to request the review panel to consider suspending or debarring consignments by NM Medicals, the company contracted to supply medicines to the government, for alleged violations of the Procurement Act.

The unit notified Nangombe in May this year that possible irregularities in the tender process were being investigated.

Over the years, the health ministry has adopted a zero-tolerance approach to medicines that are of a questionable standard.

When the container arrived at Walvis Bay in September 2018, then-health minister Bernard Haufiku requested that the consignment be tested by the Quality Surveillance Laboratory (QSL), as well as a World Health Organisation (WHO)-accredited laboratory in South Africa.

According to ministerial sources, Haufiku was ready to use Section 45 to allow the distribution of the medicine, provided the drugs passed all quality tests.

The laboratory tests in Namibia indicated that three of the nine batches of 500 tablets sampled were not suitable for distribution.

Further tests in South Africa were requested, but could not be conducted because Chinese manufacturer Reyoung Pharmaceuticals products did not meet the International Council for Harmonisation Guidelines.

This was because the company failed to provide the in-house formula to test for impurities in their products, as required by WHO guidelines.

Haufiku told The Namibian two weeks ago that there should be no compromise on the quality of imported medicines, whether or not there was a shortage of drugs.

In an interview with The Namibian, NM Medicals owners, Naambo Taimi Amakutuwa and Meameno Tulimevava Nghikembua claimed they are victims of a witch-hunt orchestrated by some officials within the Medicines Regulatory Council (see The three musketeers on page 6).

They also accused the NMRC of refusing to share the results of laboratory tests with them, by extension denying them an opportunity to explain the outcome of the tests, or any discrepancies.

The duo said the laboratory report did not ‚Äúcorrelate with the certificate of analysis from the manufacturer‚Äù.

They conceded they had made a mistake by allowing their import licence to expire six days before the container arrived in Namibia, saying they were perplexed by the brouhaha surrounding the consignment.

Questions over the container of the medicine surfaced in September last year when it was flagged for investigation by a joint government/international operation, christened Mirage, targeting illicit pharmaceuticals in Africa.

The World Customs Organisation and the WHO initiated the operation. Namibian customs, the Namibian Police, Interpol and the Namibia Medicine Regulatory Council were part of the team.

It was found that the medicine was not approved for use in Namibia, as stipulated by the countrys Medicines and Related Substances Control Act of 2003.

Inspectors also determined that those responsible for importing the medicine did not have a licence nor a compassionate clearance certificate, one of the requirements to import unregistered or unapproved medicines into Namibia.

The shipping container was impounded after officials further established that Reyoung Pharmaceuticals could not produce up-to-date good manufacturing practices (GMP) certification as required by international standards.

In July 2018, NM Medicals applied for a bulk compassionate clearance certificate for the Co-Trimoxazole 480mg tablets.

Two months later, their application was rejected by the registrar of medicine, Johannes Gaeseb, because the Chinese firm did not have a GMP certificate. This was after the medicine had already arrived in Namibia in October 2018.

Manufacturers are required to renew their GMP certificates every three years, he stated. 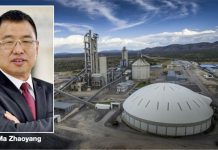