A RECEPTIONIST and clerk in Namibia is a multimillionaire who owns offshore businesses around the globe, except that she just does not know it.

Letitia Diergaardt’s name shows up repeatedly in a shadowy web of secretive offshore companies, some of which have questionable links to arms dealers, and her firms’ dealings include alleged business transactions with an European billionaire oil tycoon.

Diergaardt, a Windhoek receptionist, is part of several low−key people linked to a chain of offshore companies which over the past two weeks have hit news headlines worldwide in what is now known as the Panama Papers, an exposé of intricate tax− dodging schemes.

The 30−something Diergaardt technically owns firms as she was and in some cases is still a director of nine offshore companies in the British Virgin Islands, even though she said through her lawyer that she was unaware of any of this.

Her connection to offshore companies is based on internal data from the Panama−based offshore provider Mossack Fonseca, obtained by the German newspaper Süddeutsche Zeitung.

The International Consortium of Investigative Journalists has shared the files with more than 100 news media houses around the world, including The Namibian’s investigative unit.

The Namibian traced Diergaardt to Powerbat Namibia, a battery supply company in Windhoek’s southern industrial area, where she is employed as a receptionist and debtors’ officer.

Her Facebook account shows that before joining Powerbat in January 2016, she worked as a sales coordinator at Castle Brewing Namibia and SABMiller Namibia from April 2008.

The secretive offshore industry relies on a network of individuals whose names are used on official records as directors, company secretaries and shareholders. Often, the real owners who call the shots remain invisible, hiding behind dummy directors, who are only owners of these companies on paper.

Diergaardt denied knowledge of the offshore companies when interviewed for this investigation, but the documents and past leaks show her name as being entrenched deeply in the murky offshore world.

Documents reveal that in 2007, Diergaardt became the owner of a British Virgin Islands’ company named Komet Group SA.
This and all the companies connected to Diergaardt are held by Lotus Holdings, a Seychelles−based company which has links to other offshore companies.

Lotus Holdings is a notorious offshore registry agent, playing a similar role to that of Mossack Fonseca, with links to business people involved in questionable deals, such as arms trading.

Diergaardt’s nine companies were all registered between 13 April 2007 and 25 April 2007, when she was only in her mid−twenties.
In some cases, her name was registered for two to three companies in one day. Documents show that she resigned from some companies, while her status in others remains a mystery.

According to the offshore company documents, Diergaardt was registered as a shareholder for Meta Group S.A., and as owner and director of Gotica Mellow SA on 13 April 2007.

ICIJ’s data does not show whether she resigned from those two companies.

On face value, the use of her name in these companies is to represent hidden owners. The leaked data does not show what money went through the accounts of these companies, what deals they were involved in or whether they were completely dormant.

Someone, however, took the trouble to create these shell companies, which is part of the bigger picture in the offshore universe where multinationals, rich individuals and others use offshore companies to carry out dubious deals through legitimate financial transactions.

There have been calls to clamp down on tax havens to ensure that those entities or individuals pay their taxes, which in turn can be used to reduce inequalities in their respective countries.

One such organisation is Oxfam, a non−profit organisation, which has called for a move against tax havens.
In fact, Oxfam estimates that as much as 30% of all African financial wealth is kept in low−tax offshore areas, costing an estimated US$14 billion in lost tax revenues every year.

This money could pay for people’s healthcare services and save the lives of up to four million children a year, and can employ enough teachers to get every African child into school, Oxfam said.

Oxfam’s tax expert Francis Weyzig told The Namibian that in general, offshore companies can be used to disguise illegitimate practices such as false invoicing, draining public funds and untaxed business income out of developing countries.
“Such capital flight is costing developing countries billions of dollars every year,” he said.

Weyzig noted that many shell companies are located in jurisdictions where the owners or beneficiaries cannot be identified by outsiders, including authorities.

He said even though shell companies can be created for perfectly legal purposes, offshore firms can also facilitate a variety of illegal practices that can be used to hide the ownership of private assets, such as financial investments, or the ownership of a firm, or disguise certain transactions as normal business transactions while they are not.

“This facilitates money laundering, corruption, bribery, evasion of tax on private wealth (or on income from that wealth), false invoicing, transfer mis−pricing (trading between related entities at prices that are artificially low or high), hiding cases of conflict of interest, and so on,” he stated.

*This article was produced by The Namibian’s investigative unit, with support from the African Network of Centres for Investigative Reporting (ANCIR) and the International Consortium of Investigative Journalists. 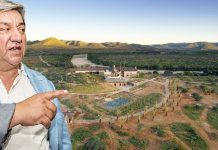 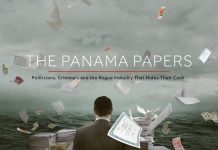 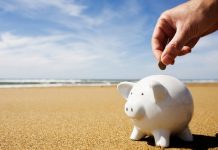 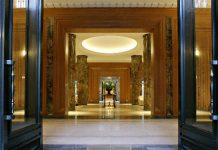