RESIDENTS of the Kaisosi settlement on the outskirts of Rundu have been feeding on fish caught from a sewage pond at the town.

The pond is located across the settlement, about five kilometres outside Rundu. If it was not for the strong stench it emits, a stranger to the area might easily miss the pond as it is tucked away in the dense bushes next to the banks of the Okavango River.

Three men, Johannes, Paulus and Thomas (not their real names) trek to the pond every day at dawn to catch fish, which they sell to the town’s residents.

They told The Namibian that the proceeds from the sale of the fish have been their only source of income and a means of providing for their families.

The group said they make about N$400 on a good day from the fish.

“Most people here know where the fish comes from, but they buy it without a fuss.”

The three men said they cannot afford to fulfil the legal requirements and policies regulating fishing which would allow them to fish in the Okavango River.

“They told us our nets are not the right ones. The nets they want us to use cost N$4 000. Maybe one day when we have enough money, we will buy them and fish in the river. But for now, we are doing what we can to survive,” Johannes said.

According to the Fisheries Act No 16, “a person may not, for the purpose of fishing, use or have in his or her possession a net, unless its size is authorised under a fishing licence.”

The act also states that a person who uses a net for fishing may not use it within 100 metres of a bridge, culvert or spillway when water is flowing through such structures.

Paulus emphasised that they are aware of the regulations, but cannot meet them as they do not have money for the right equipment.

“We have to survive; the people stopping us do not understand our struggles. We are suffering,” he said, adding that he has been fishing at the pond for the past 10 years.

Thomas said giving up on fishing at the pond is not a viable option for him as his family would starve, adding that he has been fishing there since he was a boy.

“My mother used to fish there, and my brothers and sisters grew up on that fish. I am a man now. I tried to find a job, but cannot get any, so I decided to follow in my mother’s footsteps. I am not stealing from anyone,” he stressed.

Kavango East regional health director Timea Ngwira said they are aware of the situation, but the people protect each other, and would not disclose that they had eaten fish from the sewage pond.

“The thing is, people will not come here and tell us they ate that fish. We, however, have a lot of cases of food poisoning and common diarrhoea, but we cannot link it to the fish from that pond,” she added.

Ngwira, therefore, warned the public against consuming the fish as there are a lot of diseases people can contract from the ponds. 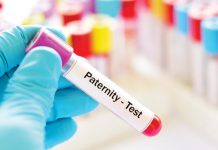